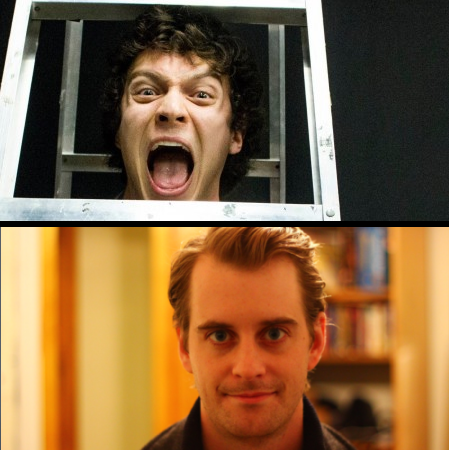 Comedians BRYAN DUFF and TYLER SAMPLES entered a morass of misogyny when they went to a Steve Harvey show taping with 2000 men in the audience. This is their hilarious and horrifying story.

Update #1: Thank you to Jezebel and Defamer for writing about what Bryan & Tyler saw at the taping. Both articles also contain the text of Tim Dunn’s original Facebook post that inspired me to ask Bryan and Tyler onto the show.

Update #3: Gawker follow-up with stories from other attendees.

0:50 Bryan and Tyler endured a 10-hour taping of the Steve Harvey Show.

2:15 An audience member brought his own popcorn for Steve Harvey to try. This may be the only sweet moment from the taping.

4:35 They explain exactly why they went to the men-only show.

7:00 They were e-mailed a 53-question survey. Tyler shares the skewed survey questions & answers. The idea of not going never crossed their minds. Their group began to realize they didn’t fit in.

“THERE WERE A LOT OF WARNINGS…HONESTLY, THERE IS NO ONE TO BLAME BUT OURSELVES.”

18:45 The men-only show started and the curtains raised to reveal women onstage. There was catcalling and verbal harassing of the women.

27:10 Bryan, or his misogynist character rather, got a job offer. Bryan and Tyler detail the audience’s hostile reactions to the female guests and one of the male guests.

37:00 They analyze Steve Harvey’s logic on infidelity and sexual mores.

44:00 Sammy wonders if there were any “good guys” in the crowd and wonders about Bryan’s character, Mr. Rape Culture. They didn’t know it was going to be a ten-hour taping.

51:00 They share their highlights and lowlights of the taping.

59:00 Despite his experience, Tyler still has hope.