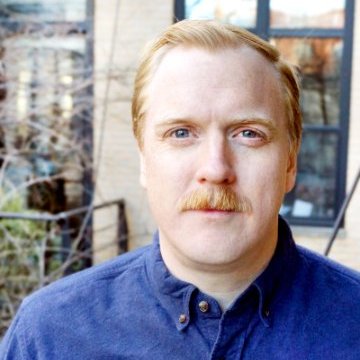 Comedian Actor TIM DE LA MOTTE explodes into Studio 1Q and blows up the topics of being a tour guide, wearing a kilt to prom, the Big Lebowski, the shameful origins of our pet’s names and this season of True Detective.

1:10 Sammy enjoys Tim’s approachability and wonders if it has ever caused him trouble. Sammy is jealous of Tim’s mature looks.

5:50 Tim was a Gray Line Tour Narrator. He shares the one tour joke he had.

“…ONE OF THE MOST DELUSIONAL THINGS YOU CAN EVER HAVE IS A DREAM.” -TIM

11:55Tim recalls his early days in Chicago, the delusions of actors and hitting rock bottom.

17:45 A woman is in a coma after her butt implants exploded. Tim has TWO Instagram accounts, thinks Field of Dreams is an unfair movie, disparages the film Hoosiers and recalls the famous Silk Museum of Paterson, NJ.

“IT AMOUNTED TO ME JUST SCREAMING ‘WILL YOU GO TO PROM WITH ME!?’ IN HER FACE.”-TIM

25:35 Barstaff at Scottish Pub have stopped wearing kilts due to harassment by women. Tim wore a kilt to his Senior Prom (which was also his birthday). He finally found his type of people when he moved to Chicago.

32:45 The organizer of a Big Lebowski festival was arrested for undude-like behavior. Tim is a big fan of the Big Lebowski and the Coen Brothers.

39:20 Tim is in a relationship. Sammy has his doubts. We share the embarrassing origins of our pet’s names and then fall down the rabbit hole of their own names.

46:25Tim is apparently sponsored by Eataly. He gets anxious at supermarkets and has never eaten at a restaurant, seen a movie or gone to a show alone.

53:00 A Myrtle Beach woman was arrested after she said Jesus would pay for her meal. Tim accidentally stole index cards as a child.

“PLENTY OF PEOPLE ARE STEALING TURKEY HOAGS FROM THE WAWA…” -TIM

56:55Go Set A Watchmen has been released. Sammy reads the six worst written lines of the book. This naturally leads to talking about Bill Cosby and some TV show Tim calls “The Jinx”

1:04:40 KKK and New Black Panther will have overlapping rallies in South Carolina. Tim is offended by the paranoid reaction of Texan fringe groups to Operation Jade Helm.

1:10:50SPOILERS TRUE DETECTIVE SEASON 2 (THROUGH EPISODE 4)Tim is watching season 2 of True Detective but he hasn’t seen season 1…he has opinions for you.