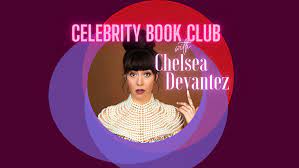 Second City’s CHELSEA DEVANTEZ (@chelseadevantez) talks about the fire that damaged the Second City offices, zumba, being bullied, and loving garbage TV like The Bachelor.

1:00 Chelsea talks about the Second City fire, the theater community rallying together and what she’s doing with her unexpected time off.

“I WAS THINKING IF I WAS SIXTEEN OR SEVENTEEN YEARS OLD, CAME AND SAW A COMEDY SHOW, AND READ THAT BIO…I WOULD HAVE FELT AT THAT TIME IN MY LIFE REALLY INSPIRED AND THAT THINGS WERE GOING TO BE OK.“

17:15 Sammy asks about line from her bio and Chelsea shares the bullying she endured in high school.

22:15 Chelsea used to read business books instead of self-help books. She didn’t discover comedy until she went to NYC.

“…BECAUSE IN HIGH SCHOOL ‘PERFORMING’ MEANS JUST RIPPING OFF SOMETHING ELSE AND CHANGING IT NOT AT ALL.“

28:35 Sammy is amazed she grew up without television. We talk about being poor and going to the very expensive NYU.

34:25 Chelsea likes to unwind with ‘garbage TV’ like the Bachelor and Housewives shows. She got to perform with Whitney from the Bachelor at the Second City. Her favorite celebrity guests were Trevor Noah (Daily Show) and Jim O’Heir (Parks Rec).

39:30 She’s reading a book that features actors in a post-apocalyptic world. Sammy is shocked that Chelsea has been in barfights. She once broke her friend’s nose in high school.

“WHO IS THAT GUY? WHUY ARE WE HITTING HIM?”

46:45 Amazon Prime is offering 1-hour delivery of alcohol in select cities. We talk about drinking in comedy, using improv classes as therapy and meeting her best friend in her Level 1 iO class.